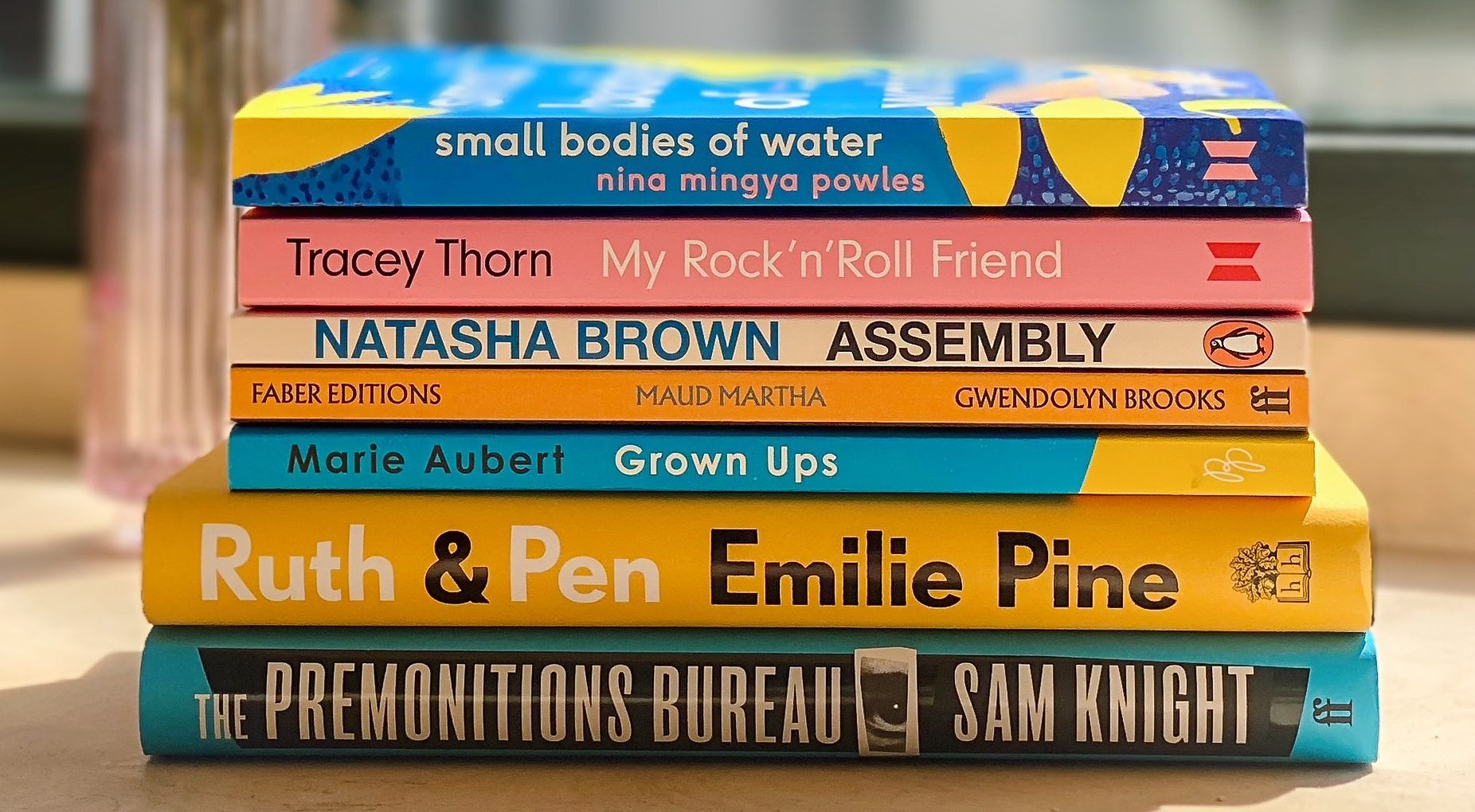 May has been an incredible month for new publications. This list, hand picked by our lovely bookseller Joseph, represents just a few of the titles we really think you should be considering for your TBR this month.

First up is Nina Mingya Powles’s Small Bodies of Water, a beautifully lyrical blend of memoir and nature writing which explores migration, food, family, earthquakes and the ancient lunisolar calendar.

Staying with memoir, My Rock’n’Roll Friend by Tracey Thorn charts the course of her friendship with Linda Morrison, the legendary drummer from The Go-Betweens, providing a brilliantly vivid account of motherhood, activism, art and what it means to be a woman in the male-dominated world of rock’n’roll.

This month’s non-fiction pick is The Premonitions Bureau, the engrossing new title from Sam Knight which follows the incredible life and career of British psychiatrist John Barker who in 1966 was responsible for setting up a network of gifted individuals who went on to predict disasters and calamities across the globe with unfaltering accuracy. A really compelling read. It has just been announced that this title has made it onto the Sunday Times bestseller list less than a week since its publication.

It’s a strong month for fiction with a number of great new releases. Grown Ups by Marie Aubert is a bitingly funny early summer read which takes a wry look at relationships, ageing and fertility set against the backdrop of a seemingly idyllic family holiday in the Norwegian countryside. Absolutely not to be missed.

Maud Martha is the stunning only novel by Pulitzer Prize-winning African-American poet Gwendolyn Brooks. Written in 1953 but never published in Britain, Brooks’s novella is a poetic collage of happenings that forms an extraordinary portrait of a young woman growing up in 1940s Chicago.

In a similar vein, following the success of Notes To Self, Emily Pine brings us her fantastic fiction debut Ruth & Pen which tells the fiercely feminist story of two young women finding their voices in modern-day Dublin. We loved this uncompromising and relatable account of contemporary womanhood which deftly manages to juggle humour and pathos throughout.

Finally, we’re thrilled about the paperback release of Assembly, by Natasha Brown, a book we’ve loved and recommended since its publication last year. Another stunning debut, championed by Bernadine Evaristo and shortlisted for multiple prizes since its release last year, this important novella provides a razor-sharp dissection of class, race and identity in modern Britain.